September 6th, somewhere near Amsterdam. I am at the office of a client for the kick-off meeting of a new project. In the next 8-10 weeks we are going to be analyzing almost 100 million transactions that occurred in the past year using association rules and self-organizing maps. I’ll be the one coding the algorithms and doing the raw data analysis. We started at 9am, but it is only during the lunch break that I suddenly realize that out of the 8 people in the room, I am the only female.

Ever since choosing the science track in high school I’ve been a part of a male world, with only 3 females in a class of 30. Studying astronomy did not improve the female/male ratio and joining the Deloitte Business Intelligence and Analytics service line afterwards only improved it marginally. The kick-off meeting just reminded me again that I am now completely used to having only male project team members and that I am not consciously aware of being “the female”. But it should not have to be this way. The boardroom isn’t the only place where women are missing!

Even though the common perception is that men are just evolutionary rigged to be better at math than women, recent studies suggest that this probably has more to do with the society we live in than biological differences between the sexes (in Iceland for example, girls outshine the boys significantly in math skills).

Could one of our problems be that we have very few female icons to look up to in Analytics (or perhaps too few inspiring ones)? Most of the amazing examples of analytics in action that I know by heart have been performed by males. Predicting the correct outcome of the 2012 presidential election for all 52 states? Male. Knowing when a teen girl was pregnant before her dad knew through her purchasing behavior? Male again. I can go on for some time. Sadly, there is no female in the list. The Data Scientist might be the sexiest job of the 21st century according to the Harvard Business Review; it is definitely lacking the female kind of sexiness. I still need to find my female “hero” at the forefront of Data Science that effortlessly combines math with Jimmy Choo’s.

Perhaps that is why my aspiration isn’t to become a CXO one day. My impossible dot on the horizon would be to become famous as a Data Scientist. Having the knowledge and influence to shape how companies should use their data. Working with the most innovative people, ideas and tools to find insights in ways that no one else has thought of. And still being able to get hands-on involved from time to time in the type of work that I enjoy most; Advanced Analytics.

In the meantime, while still a Data Scientist wannabe and striving for my own dream I will at least make sure my nieces know that girls can kick ass at math while still being 100% female! 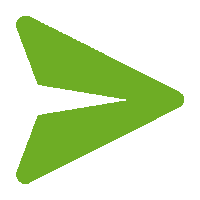